On Wednesday, November 6th, Assistant Director Kyle Kleist was at the capital in Madison along with representatives from the other eight Independent Living Centers (ILC’s) in Wisconsin, meeting with legislators from our ten county service area asking them to support and cosponsor LRB-4580 the Independent Living Update and Investment Act that was introduced by Republican’s Senator Jacque and Representative Krug. This legislation would provide an additional $2,343,100 annually to the eight ILC’s so that all centers would have a base funding to provide the federally mandated five core services, and set aside enough funding to create a new center in the Fox Valley. The Wisconsin Coalition of Independent Living Centers (WCILC) rescheduled their planned meeting in Milwaukee so that they could meet in Madison instead to promote this important piece of legislation.
The goal was to get 20 cosponsors by the end of Wednesday, and 25 cosponsors by the Friday, November 8 deadline. I am happy to say that WCILC exceeded our expectations and had 32 cosponsors to the legislation by Friday afternoon. In the end, 40 legislators cosponsored LRB-4580, including five of the ten legislators from our ten county service area, with complete bipartisan support of twenty Democrats and twenty Republicans. The next step in the process is to get the bill assigned to legislative committees in both the State Senate and Assembly. Only ten percent of bills introduced make it to the full floor of the Senate and Assembly for a vote and eventually to the Governor’s desk for signature. We still have a long way to go until this bill becomes law and ILC’s are able to get additional State funding, but we have gotten past the first step in the process! 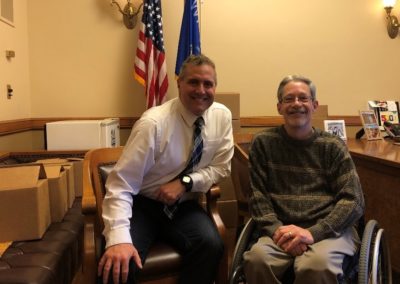 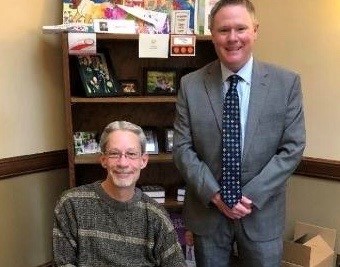